He spent time living in a Leicester hostel with his father and as a teenager dodged the knife crime that nearly claimed the life of a close friend.

Now Sidnei Tavares, a cousin of former Manchester United midfielder Nani, has risen to become the latest Leicester City academy graduate to break into Brendan Rodgers’ first team and he has been linked with some of Europe’s elite clubs such as Barcelona and Bayern Munich.

When Tavares’s father Marco brought his young family to Leicester in 2002 in search of work, he only intended their stay to be brief. The plan was to work and save for five years and return to Portugal. Nineteen years later, Sidnei, who was just nine months old when they moved from the Lisbon suburb of Cascais, is hoping to commit his future to his adopted hometown club and sign a new contract. The 19-year-old has been within the Leicester academy for ten years and made his debut as a substitute in the Europa League defeat against Slavia Prague last month. Last week he made his full Premier League debut at Brighton. For Marco, those moments justified his decision to stay in England, even when his marriage to Sidnei’s mother ended just over a year after they arrived and she returned to Portugal.

It hasn’t been an easy journey. Initially, Marco and Sidnei stayed with a cousin in St Matthew’s, area of inner-city Leicester, before renting a single room in Rushey Mead, but when Sidnei’s mum returned home they spent two months in a hostel before moving into a house in Beaumont Leys. It was here that Sidnei first began to kick a ball and display the natural talent that would take him to the Premier League. “I had played as a striker for Grupo Sportivo Carcavelos in the fifth tier of Portuguese football for ten years, and scored a lot of goals, and when I came to the UK I went to Oadby Town to play but I was out of shape,” Marco tells The Athletic.
“Sidnei was just under two years old when his mum returned home. I took care of Sidnei since then until now, just me and him. It was tough on him, not having his mum around. She didn’t like the UK that much and preferred to start a new life. “I left my full-time job in the Rugby area and left football to take care of Sidnei. Everything I did was for Sidnei. I called my mum every day in Portugal for advice on how to bring him up and dedicated my life to Sidnei. “He started to kick a ball in the garden when he was two and at five I took him to Beaumont Town, but we then went to Carib SSFC in Victoria Park when he was six and when I watched him train with them I knew he had something special.”

Pupsy Brehan, who co-founded the club in 2003, remembers a quiet and shy six-year-old who shone with the ball at his feet. “He was comfortable on the ball as a youngster and his first touch was brilliant,” says Pupsy. “He could see a pass instantly and technique-wise he was brilliant, but the main thing I liked about him was his ability to listen and learn. That was his best attribute. “He didn’t mess about when he came to training. He would listen to watch the coaches had to say. If you asked him to play striker he would play there, and in defence. He wouldn’t complain. At that early age he would do whatever was asked of him. If you taught him something he would learn it very quickly.”
“Every team we played would come and shake Sidnei’s hand after the game because he was just amazing,” adds Marco. “Some games I had to take him out of the game because they were already 10-0 up and I said to him, ‘You are my son but I can’t let you play because the kids on the other side are crying and dispirited.’”

His impressive displays caught the attention of Leicester’s head of academy recruitment Bill Wall, who convinced him to choose Leicester over Nottingham Forest. “Mr Bill is an amazing man,” says Marco. “Sidnei was doing very well and Pupsy said he would ring Bill and ask him to come and see my son. Bill came to watch and took him to Leicester to train (along with Nevis Brehan, who stayed with Leicester until he was 16). He was under six at the time and stayed with Carib for three years, and Bill was there all the time. “He told us that Sidnei was going to Leicester and he would make it to at least the under-23s. I didn’t know if he was just saying that at the time, but I trusted him. He is just amazing. He knows all the local kids. He is the right person for the job. All the kids love him. Whenever I see him I have to stop to thank him. He is an amazing person.

Sidnei’s love of football would see him dash home from Alderbrook School to study videos of hisheroes Ronaldo, Kaka, Lionel Messi and Wayne Rooney, but as he got older there were other distractions. “He had some good friends, but some got involved in drugs and knives, and one of them was stabbed and nearly died,” Marco says. “He was Sidnei’s age and played football with him. I knew him. Sidnei could have gone down the wrong path, but he was so focused on football and school. He has fought hard to get to this point.” Sidnei had a football inspiration within his family to offer him advice and guidance, the Portugal international and former Manchester United winger Nani, who is now playing in the US with Orlando
City.

“Nani is a cousin on his mother’s side,” Marco explains. “After she went back to Portugal and heard he was playing football, she put Nani on the phone to Sidnei and he had a good chat with him. He gave him lots of advice and said he would keep track of his progress and to stay in touch with him. They never met but he was a source of inspiration.”
Academy coach Adam Barradell was a big influence on Sidnei as he came through the youth ranks, while Inigo Idiakez also guided the young midfielder. Fellow countrymen Ricardo Pereira and Wanya Marcal have also been a source of support, but his father says manager Brendan Rodgers, who has described Sidnei as a great talent, has already played a huge role in his emergence. “When Rodgers came to Leicester, Sidnei was playing in the under-18s in a youth cup game in the stadium,” adds Marco. “That was the first time Brendan saw him play. I think they lost 2-1 but Sidnei had an amazing game. Months after that I had a meeting with him and Jon Rudkin (director of football). Brendan said he had watched Sidnei in that cup game and how impressed with him he had been.
“I told Sidnei when Brendan first came to the club that he was the right coach to make his first-team dream come true. I knew he would call him to the first team. Brendan likes young players and Sidnei says he is an amazing coach and Sidnei loves him.”

Sidnei got his first taste of first-team football in a pre-season friendly against Birmingham City, after which Rodgers said: “He’s got real quality and he’s a real talent. We’ve now got to bring him up to the level where he’s a working talent, so he has that hunger when he hasn’t got the ball. Sidnei has continued to impress Rodgers, eventually leading to his competitive debut. “The Premier League in Portugal is massive,” says his father. “Everyone watches it. When my son got his first shirt it was amazing. All the sacrifices have been worth it. “I have travelled all over the UK to see him play. When he played in the Europa League and then the Premier League it was a dream come true. “A day before the Brighton game we knew he was starting. I told him the same I told him when he played for Carib, just go out there and enjoy it. I don’t tell him tactical things, I always just tell him to enjoy himself. It is a wonderful thing.”

“I am enormously impressed and proud they came to our club, and look what he has done now,” adds Pupsy. “He is the first from the club to play in the Premier League. The message went out to all the parents and players at the club to watch the game and we sent out positive vibes for now and the future.”

Tavares, who is also a keen singer and has tattoos of musical notes in tribute to his late uncle and grandmother on his arms, and their names on his boots, is out of contract this summer and Leicester are in talks with his father and representatives over a new contract.
“The club have been in discussions with his representatives,” Rodgers said this week. “He is a very talented young player. He fits the profile of how we want to work. He has good potential. There is a lot for him to do but he has certain characteristics that could see him perform really well in the Premier League. I am pretty sure that will be resolved. Until that time my job is to coach him, manage him and improve him as a player. I will continue to do that, whether he is here until the end of the season or well beyond it.
“I think we provide an environment here for young players. When I came in here I told everyone the vision for the club was based around these fundamental principles, which were: Can we win titles? Can we play an aggressive, attacking style? Thirdly, it was can we do that with a number of young players from our academy? I hope they see this as a great place to be.

We have world-class training facilities and a team that is looking to be competitive at the top end of this division and they have a manager who is willing to put in young players. I think for any young player it is a great place to be and I hope he and his family can see that.” Marco says their first choice would be for Sidnei to remain at Leicester but admits it would be difficult to turn down lucrative offers. “We have been in Leicester for nearly 20 years, and we know a lot of people,” he says. “I have worked as a chef in the casino for eight years, so we have a lot of friends. We want to stay. That is the reality. “But that all depends on the club and what they can do for us. Football is a short life and sometimes you don’t get what you want just because you love something. If Leicester want they can keep Sidnei easily. “There are some amazing big clubs after him. He is a good young kid. Sidnei has a market but our priority is Leicester.”

Carib SSFC are back with their Mini-Kickers sessions for youngsters aged from 4-6 years old. The sessions will be running between 9:45am – 10:45am every Saturday starting on 1st May. It’s a perfect chance to Read more… 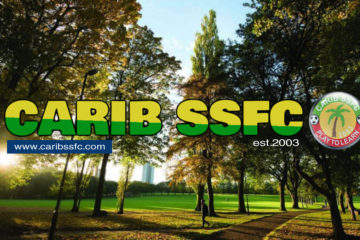 Carib SSFC is a charitable youth sports organisation founded in 2003 and we provide an opportunity for youth in the central Leicester area. We aim to teach the fundamentals of football & progress at a Read more… 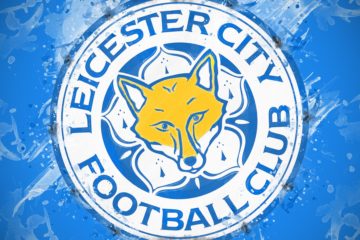 Former Carib player & LCFC teenage midfielder Sidnei Tavares was handed his first Leicester City start for the Premier League clash with Brighton. The 19-year-old Portuguese made his City debut in the Europa League just over a Read more…